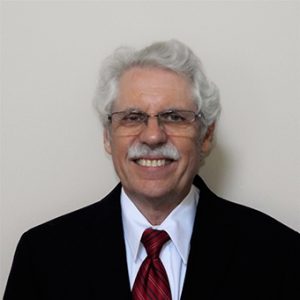 After graduating from Michigan State University with a Bachelor’s degree in Hotel, Restaurant and Institutional Management, Vito Vascassenno began his food service career in the late 1970’s by helping open the first Long John Silver’s (LJS) restaurant in the Chicago market.  During that time, he opened several new restaurants and, within a year, became a Field Manager Trainer.  After training several dozen managers, he supervised the northern Chicago LJS restaurants for a year before being transferred to the LJS training center in Lexington, KY, where he trained managers, manager trainers, and supervisors in people skills, operational processes, and organizational policies.  During his tenure at the training center Vito worked along with Director of Special Projects Kuni Toyoda as part of the national roll-out team for the company’s first computerized cash register system.   He also constructed a complete working LJS kitchen at the training center that allowed trainees to participate in hands-on instruction and gain expertise in operations, cleaning, and maintenance of all kitchen equipment.

In the early 1990’s when Fazoli’s was in its infancy, Vito had a chance meeting with Sam Nelson, a former LJS training center instructor and then-current Fazoli’s Franchise Consultant.  Sam discussed career opportunities at Fazoli’s and soon after Vito was hired as the company’s first Equipment Manager, where he managed all equipment-related projects, supporting both existing restaurants and new restaurant openings during Fazoli’s most prolific period of new unit growth in the company’s history.

During his 24-year tenure as Equipment Manager, then Director, Vito was chosen as Team Member of the Quarter three times and upon his retirement in 2019 was a National Restaurant Association Certified Food Service professional in good standing.  Vito counts among his accomplishments the following:

Vito and his wife Teresa have an adult son and daughter and they continue to reside in Versailles, Kentucky.