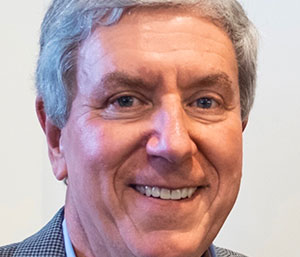 Working closely with Jerrico, Inc. Chairman of the Board Warren Rosenthal, Bob Sirkis led the team that created the Fazoli’s concept.  He is a long-tenured Fazoli’s franchisee, and an experienced restaurant and retail industry executive, consultant and entrepreneur.

For twenty-five years, Bob held senior management positions with multi-unit restaurant and retail companies including Movie Gallery, Silo Electronics, Long John Silver’s and Pizza Hut.  In these roles, looking at the world from the company or franchisor side, he created new concepts, led start-ups, directed rapid new unit expansion, drove new product development and successfully turned around failing businesses.  As a consultant with Arthur D. Little, Inc. and on his own at !MPACT Consultants, he primarily focused on strategic planning, concept positioning, and profit improvement studies for foodservice and retail clients.   He was a Financed Area Developer (franchisee) of Boston Market during its explosive growth phase and built a $100 Million business in three years.

In 1988, as Senior Vice President of New Concepts for Jerrico, Inc., he led the team that developed the Fazoli’s concept and opened the first six restaurants.  After having been promoted to Executive Vice President of Operations, responsible for Long John Silvers, Jerry’s, Fazoli’s and Florenz, he left in 1991 after Jerrico was acquired in a leveraged buyout and sold the Fazoli’s concept.  Years later, in 2001 he acquired four existing Fazoli’s restaurants and has been a franchisee since.  For several years Bob served as Chairman of Fazoli’s Marketing Advisory Committee and on the Fazoli’s Franchisee Association Board of Directors.  The Fazoli’s in Valdosta, Georgia has enjoyed remarkable success since 2010, with sales growth among the highest in the Fazoli’s system.  In 2016 Bob was honored to be named Fazoli’s Franchisee of the Year and the best franchisee in the state of Alabama by CNBC.  In February 2019 he opened a new Fazoli’s in his home town of Dothan, Alabama.

Bob has an MBA from the Harvard Business School and a BA from the Johns Hopkins University.  He lives in Dothan, Alabama with his wife, Kendall.  They have two adult sons, David and Jeffrey.