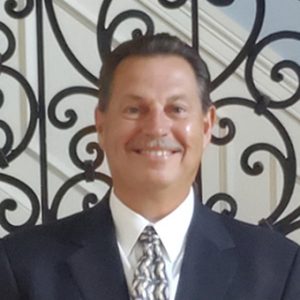 Appleton, Wisconsin native Rob Hearden is owner and President of AIE, LLC a four-unit Fazoli’s franchise with locations in Mississippi, Arkansas and Tennessee.  Founded in 2002, the name AIE stands for “Attitude Is Everything”, which reflects Rob’s philosophy that if you have the right attitude you can accomplish anything.

Rob has been in the restaurant business his entire working career, starting out as a crew member for Long John Silver’s in Sacramento, CA.  Rob worked his way up the ladder quickly, becoming a General Manager at age 19 before being promoted to Regional Training Coordinator over a 4-state region at age 23, followed by promotion to Area Supervisor at age 25.

In 1994 Rob returned to the Midwest, accepting a position as Director of Operations for a Long John Silver’s franchise group in Appleton, Wisconsin.  Within two years, Rob had affected a turnaround of the struggling franchise and enabled the successful sale of the business to another LJS franchise group.

That same year Rob was hired by Fazoli’s as a fast-track Area Supervisor to lead the brand’s expanded in the Wisconsin market. He initially oversaw four restaurants and in less than two years was supervising locations throughout the entire state. He was then promoted to Group Chairman and moved to Lexington, KY, where he provided leadership for 100+ locations.   During that time, Rob was the architect behind “Fazoli’s Way”, the brand’s operating system, and played a key role in the national rollout of the back-office Menu-Link system.  The Company also achieved its then- highest annual cash flow in the history of the Company during Rob’s tenure as Group Chairman.

Rob’s goal was always to become an owner, and in 2002 he acquired a shuttered Fazoli’s restaurant in Southaven, Mississippi where, with the assistance of his wife and brother, he successfully reopened the restaurant.  In 2003 he acquired his second restaurant in Memphis, TN.   Then in 2010 he successfully opened his third restaurant, also a previously shuttered Fazoli’s unit  in Jonesboro, Arkansas.  Most recently, in 2018, Rob opened his fourth location in Paragould, Arkansas.  Over the past 18 years as a Fazoli’s franchisee, Rob and his wife Nancy have worked tirelessly as  hands-on owner operators to grow their business to its maximum potential.  Besides running their restaurants, for many years they also invested in a catering trailer for use at fairs, football games, festivals etc., while they also operated two off-premise locations at the Desoto Civic-Center in Memphis, where they worked hockey games, concerts, and you name it.

Rob’s previous and current leadership and success as both a corporate executive and franchisee have resulted in several awards and accolades.  He has been named “Top Newcomer of the Year”, “Franchisee of the Year” and has managers have twice been named “Franchise Manager of the Year”. Rob has served on the Fazoli’s Franchise Advisory Council for over 13 years, including two years as Vice President and ten years as President.

Rob is married to his best friend and partner Nancy, and the couple will celebrate their thirtieth anniversary in March 2021.  Nancy handles all accounting duties for the company and has been an integral part of Rob’s success, as well as the success of AIE.  Rob and Nancy have one awesome son, Austin, who is currently enrolled at Ole Miss and works at the Southaven restaurant learning the business. When not peddling pasta, Rob enjoys spending time with his family and friends, golfing, fishing and working out.