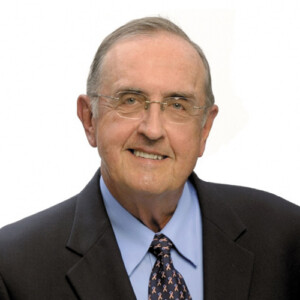 Richard W. Furst (1938-2012) was a native of Dansville, New York. After serving in the U.S. Air Force from 1956-1960, he attended Alfred University and graduated with a degree in Finance. He then moved to Washington University in St. Louis where he earned his doctorate in Finance in 1968.

Furst was raised by a family whose livelihood had been devastated by the Great Depression and who saw education as the key to “changing the trajectory of one’s life.” It was therefore not surprising that he devoted the entirety of his professional career to higher education and economic development. After spending 12 years on the faculty at the University of South Carolina, he was named the Dean of the College of Business and Economics at the University of Kentucky in 1981 and served in this role for more than 20 years.

“Dean Furst” quickly made his mark on campus and throughout the Bluegrass. Soon after arriving in Lexington, he established the college’s Business Partnership Foundation, which over the years built a strong and mutually beneficial relationship between the school and businesses in central Kentucky and around the state, as well as across the nation and beyond. He was an innovator in business education who recognized the important role that International Business would play in the growing global economy and established in the mid- 1980s the first of many cross-national partnerships between the college and universities around the globe. As the reputation and reach of the college grew, Furst helped make history at UK in the mid-1990s when college alumnus C.M. “Bill” Gatton made the largest single monetary gift in the school’s history to the college, which was renamed in Gatton’s honor.

Throughout this time, Furst developed a reputation amongst members of the business community for being an expert in corporate and healthcare finance as well as being a sharp, steady, thoughtful, and humble leader. Fellow Fazoli’s Hall of Famer Warren Rosenthal was among those who worked with Furst and praised his talents and character. Thus, when Kuni Toyoda formed the original Board of Directors at Seed Restaurant Group in the early 1990s, it was Rosenthal who persuaded Toyoda to invite Dean Furst to serve. Furst accepted and remained a director until Seed was sold to Sun Capital in 2006. During his tenure, Furst provided financial oversight and served as chair of the audit committee during a time that Fazoli’s experienced unprecedented growth from just five to more than 400 restaurants.

In addition to his work with Fazoli’s, Furst served on the boards of numerous local and national organizations, including Office Suites Plus, Foam Design, Central Bank, Galls, Host Communications, PNC Investment Funds, the Child Development Center, and the Lexington Opera Society. He was a founder of the Bluegrass Angels and Bluegrass Angel Venture Funds and was a driving force behind the formation of the Bluegrass Business Development Partnership (LFUCG, Commerce Lexington, and UK). The latter reflected his passion for creating jobs by getting different entities to work together. His contributions to workforce development and the greater Lexington community were recognized in 2011 when he was inducted into Junior Achievement’s Bluegrass Hall of Fame.