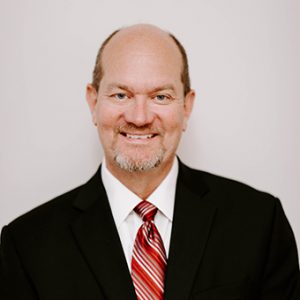 Joel Rapp is the Chief Executive Officer  and President of Lexington-based Right Place Media and has led media planning and buying for Fazoli’s since 1992.

A native of New Mexico, Joel graduated with a Bachelor of Arts degree in Advertising from Texas Tech University in Lubbock, TX.  He started his career in advertising with an agency in San Diego and moved his way up the ladder working at agencies in Phoenix, Louisville and Chicago before moving to Lexington in 1992 to lead the media department at Meridian Communications.

At that time, Meridian had recently acquired the Fazoli’s marketing account, which had locations in Lexington and Orlando, and was expanding into Indianapolis. Fazoli’s had also begun to franchise, opening its first franchised location just prior to Joel’s arrival.

Over the next many years, Joel worked closely with both company and franchise-owned locations, studying the nuances of each market and customizing strategies for the best possible return on investment. Results were positive as the brand grew its AUV sales and was named one of the “Nine Hot Concepts of the 90’s by Nation’s Restaurant News.

Joel has treasured RPM’s relationship with Fazoli’s, personally leading the account team and working closely with every member of Fazoli’s marketing team and with each franchisee. Through good times and tough times, he’s maintained a positive attitude and continues to work hard to keep their trust.

Along the way, Joel and his team at RPM were proud to be selected Fazoli’s Distinguished Supplier of the Year in 2007, and in 2018 Joel received Fazoli’s President’s Excellence Award – only the second time that award has been given.

Joel and his wife Kim live in Lexington and are proud parents of their two adult children, Brianna and Trevor.