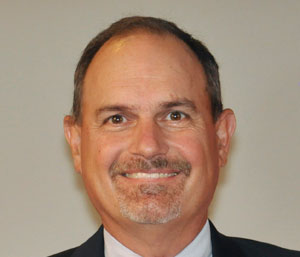 Phillip Kleiber is the first supplier-partner to be inducted into Fazoli’s Hall of Fame.  His twenty- seven years of food service experience – all with the Coca Cola Company – include eighteen years of large account management, during which time he managed corporate and franchisee relationships.  Included in his extensive Coca Cola career are fourteen years in which Phil served as Senior National Sales Executive for the Fazoli’s brand, from 2003 to 2017.

After earning his Bachelor of Arts degree and MBA from the University of Wisconsin-Milwaukee, Phil spent the first 16 years of his career in the field of finance at Unisys and Coca Cola.  His duties included managing teams of financial analysts and ensuring contractual compliance.

Phil’s humble approach to client service, his dependability and his advocacy on behalf of Fazoli’s earned him honors when Coca Cola was selected as Fazoli’s Distinguished Supplier of the Year in 2005 and again in 2008.

Phil retired from Coca Cola in 2017 after a long and distinguished career.  Since retiring, Phil has completed the educational requirements necessary to become a Certified Financial Planner.  In addition, he maintains a Certified Public Accounting license and serves as a site coordinator for the Volunteer Income Tax Assistance (VITA) program, preparing tax returns for low- and middle- income taxpayers.  He also serves as one of two Georgia representatives on the Taxpayer Advocacy Panel, which works with the Internal Revenue Service to identify issues and make recommendations to improve that federal agency.

Phil and his wife Cathy reside in Roswell, Georgia and are parents to three adult children.