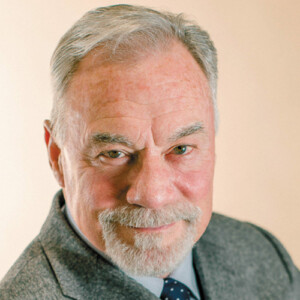 Mark Crayne is a native Texan and graduated from Texas Tech University. His life in the restaurant business started at the early age of fourteen, as a dishwasher at a Chinese restaurant in Houston, Texas. As a high school student, he had the great fortune of going to work for Denver Hollabaugh. Denver, a Burger King franchisee, would become his mentor and friend for many years. After college he taught school for two years only to return to the restaurant business, while working on an MBA. For over 50 years Mark has served in the industry, in a variety of roles, including positions on the vendor side of the business. Mark believes Denver had a tremendous impact on his life, the culture and success of PastaQuik.

Mark has been a part of the Fazoli’s Franchise system since 1997. As a partner in PastaQuik, LP, he opened their first Lubbock Fazoli’s location in 1997. PastaQuik has six locations, spread out across West Texas. To no one’s surprise, it was Denver that introduced Mark to Fazoli’s in 1996. It was a restaurant located in Kissimmee, Florida. Of that visit, Mark has stated, “An elderly lady with grey hair, holding a basket of hot fresh breadsticks met me at the door of the restaurant. I was sure she had been sent by central casting as a part of Denver’s master scheme to make me fall in love with Fazoli’s.” Mark was so excited by that experience and believed in the potential of the concept, that acting on intuition, he designed their first restaurant with a larger guest service area, larger kitchen, and interior dry storage. None of which were standard in the early prototypes; however, that intuition paid off and that first restaurant’s sales are more than 2 million. The new layout also included a new drive-thru design with more room, along with dedicated expeditor station, warmers, and steam table. Coming to Fazoli’s from Burger King, Mark knew the potential of the drive-thru and worked to streamline the flow of product, staff, and guests. Since their first building, Mark and his team have explored new layouts, equipment, and technologies to make things easier for their employees and better for their guests. Starting in late 1999, PastaQuik modified their kitchen layout to utilize a T-lineup, which is not unlike those used in Fazoli’s new restaurants today. His desire to challenge the standards have always been with a deep-rooted respect and passion for the brand. Spend any time with Mark and you will know he is enthusiastic about Fazoli’s. He believes in the concept and the value of the franchise community. He has served the franchise community since 1999 as President, Vice-President, and Board Member of the Fazoli’s Franchise Association.

For over twenty years, Mark has challenged his team to meet a higher standard. A desire to be one of the best, has produced amazing results; however, Mark will be the first to tell you that his success and that of PastaQuik are the results of a phenomenal group of managers and associates. He often says the the following two statements, both serving as guiding principles, “Celebrate the positive and work with great perseverance [work like hell] to improve the rest.” and “We will do the right thing.”

Mark lives in Lubbock, Texas with his wife, Casandra. He has three children, Jameson, Austin, and Mallory.