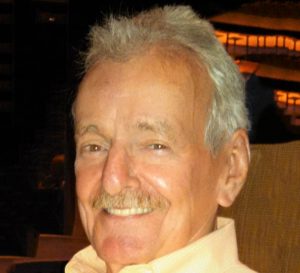 A native of Germany, Franz Ecker began his chef training in Cologne, Germany at the age of 13.  After completing his apprenticeship and schooling, Franz worked in Europe’s finest hotels and steamship lines before satisfying his desire to come to the United States in 1963.  His first job in the U.S. was at New York’s Waldorf-Astoria Hotel.  He then began competing in culinary events until he earned the honor of representing the U.S. at the Culinary Olympics in Frankfurt Germany in 1972.  Still the youngest member of the team to ever win a Gold Medal, Franz actually won two gold medals in that prestigious international competition.  In 1973, Franz was named “Chef of the Year” by the Cleveland Chapter of the American Culinary Association.

With medals in hand, Franz was named Executive Research Chef for Armour Food Company at the Armour-Dial Research Center, where he began his transition into the research and development world of frozen food production.  His next endeavor was the freeze-dried processing industry at Oregon Freeze Dry Foods, where he developed a gourmet line of frozen soups, along with several Nutrisystem high protein entrees.

Never imagining he would be part of the fast food industry, Franz was recruited to Lexington, KY-based Long John Silver’s as Vice President of Food and Beverage.  There he was responsible for product development and quality control/assurance for 6 years.  It was at Long John Silver’s where he and his team developed the entire original menu for the Fazoli’s concept.  That original menu included many favorite items still on the menu today, including spaghetti, fettucine alfredo, lasagna, chicken parmesan and pizza. During the early days, Franz worked with local bakeries in Lexington, Kentucky to have Fazoli’s delicious breadsticks baked daily and delivered to the local restaurants.

After six years in the corporate environment, Franz decided to pursue the dream of owning his own business, a place where he could be “his own boss.” In 1991, with two kids in college and one more to educate, he started his own firm, Industrial Food Design, a research & development and quality assurance consulting business.  His clients, who have ranged from manufacturers to restaurant chains and include frozen, shelf-stable and refrigerated foods, have included the many customers of Park 100 Foods, along with Fazoli’s, Martha White (instant grits!), Tyson’s Healthy Portions, Boston Market, Linda McCartney’s frozen vegetarian entrees, Long John Silver’s, Whiteford Foods, National Cattlemen’s Association, Bob Evans, KFC, Norsun Foods, Au Bon Pain, Paradise Tomato Kitchens, Ruth’s Chris Steak House and Kroger’s.

While at Industrial Food Design, Franz continued to develop new products for Fazoli’s and worked with their suppliers to refine and improve existing products.  He also had a dedicated team that provided superior quality assurance services to Fazoli’s for many years before the Quality Assurance department was eventually brought in-house.

In 2003, Franz and his wife decided to move back to Arizona and brought the R & D lab and clients with them.   In 2014, he retired due to health reasons and has been enjoying life ever since, spending time watching cowboy reenactments and flying remote control airplanes, not to mention a healthy dose of gourmet dining.