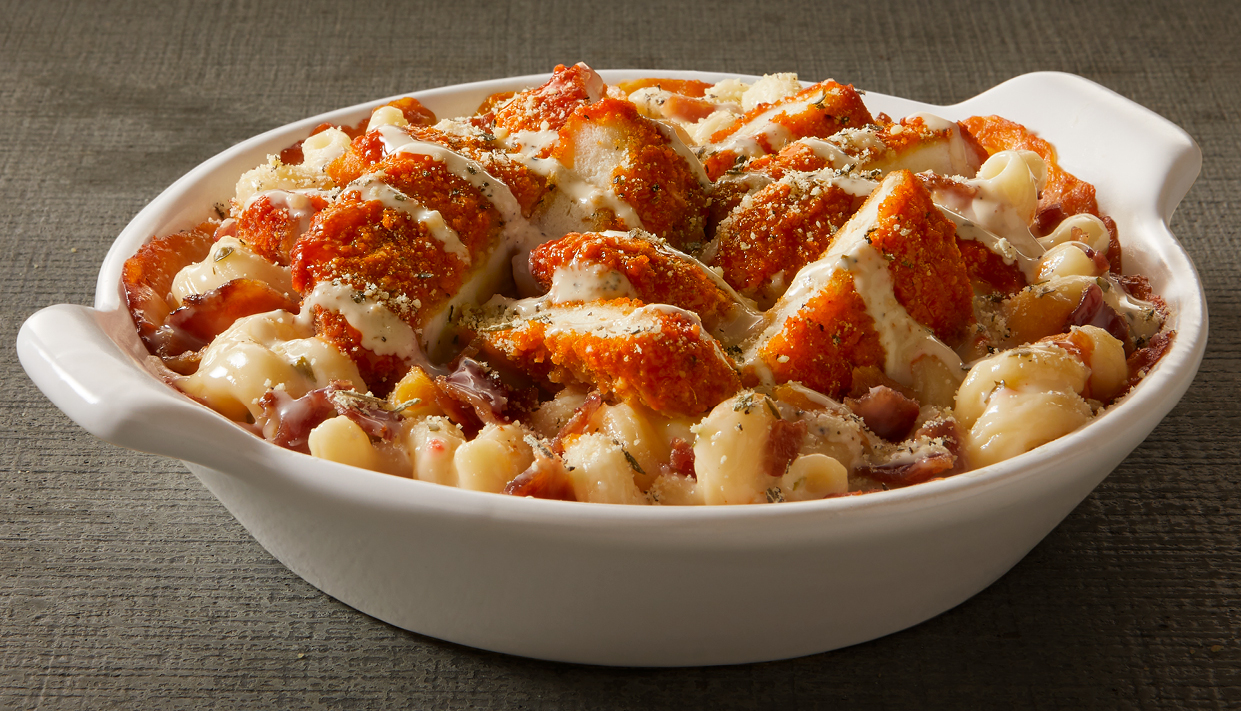 Buffalo Chicken originated in 1964 at an establishment called the Anchor Bar in Buffalo, New York.  The legend is that the owners wanted to do something nice for the guests in the bar and they were accidentally delivered an excessive amount of chicken wings, so they decided to deep fry them and toss them in a cayenne pepper sauce.  At the time, chicken wings were an undesirable product that were typically just used in the preparation of chicken stock.  They were a huge hit.  Decades later, they are more popular than ever and are served worldwide.

At Fazoli’s, the Buffalo Chicken Mac & Cheese is a perfect mashup of buffalo chicken and cheesy mac & cheese.  We take cavatappi pasta (Italian word for “corkscrew”) and top it with a rich and creamy Asiago and Parmesan cheese sauce.  We layer it with even more Asiago cheese and then top it with chopped bacon.  We then bake the mac & cheese in our 490-degree oven.  After it comes out of the oven we top it with sliced breaded chicken that’s tossed in cayenne pepper sauce and then drizzle it with Parmesan Peppercorn ranch.